Formed in the winter of 2008 in the frigid northern woodlands of Arizona, Unholy Baptism was originally a guitar/drums black metal project. The goal was to blend mid 2000’s new wave black metal with the grim tone of the early Norwegian scene. The band eventually became a three-piece, as Moloch agreed to contribute lead guitar in 2009. A five track EP was recorded early in 2010 and was subsequently followed by multiple shows in Flagstaff, AZ. Later in 2010 the band went on hiatus due to a variety of circumstances, but was reformed in 2012. Mantus and Moloch decided that the project would be recording-only and began the arduous process of re-evaluating both the band’s sound and tone. While the tone has taken multiple turns, it was eventually decided to blend the ambient, haunting melodies commonly found in both black and doom metal, with the mid-tempo riffing reminiscent of the early Norwegian black metal scene. Having released their debut album …On the Precipice of the Ancient Abyss to critical success, the band continued driving forward with the intention of taking their project to a higher artistic level. The band is currently in the process of writing an entire trilogy of albums, of which Volume I: The Bonds of Servitude is the beginning. Volume I: The Bonds of Servitude was released on October 5, 2018 and the band is hard at work with the second volume in the trilogy, entitled Volume II: Beyond the Veil. 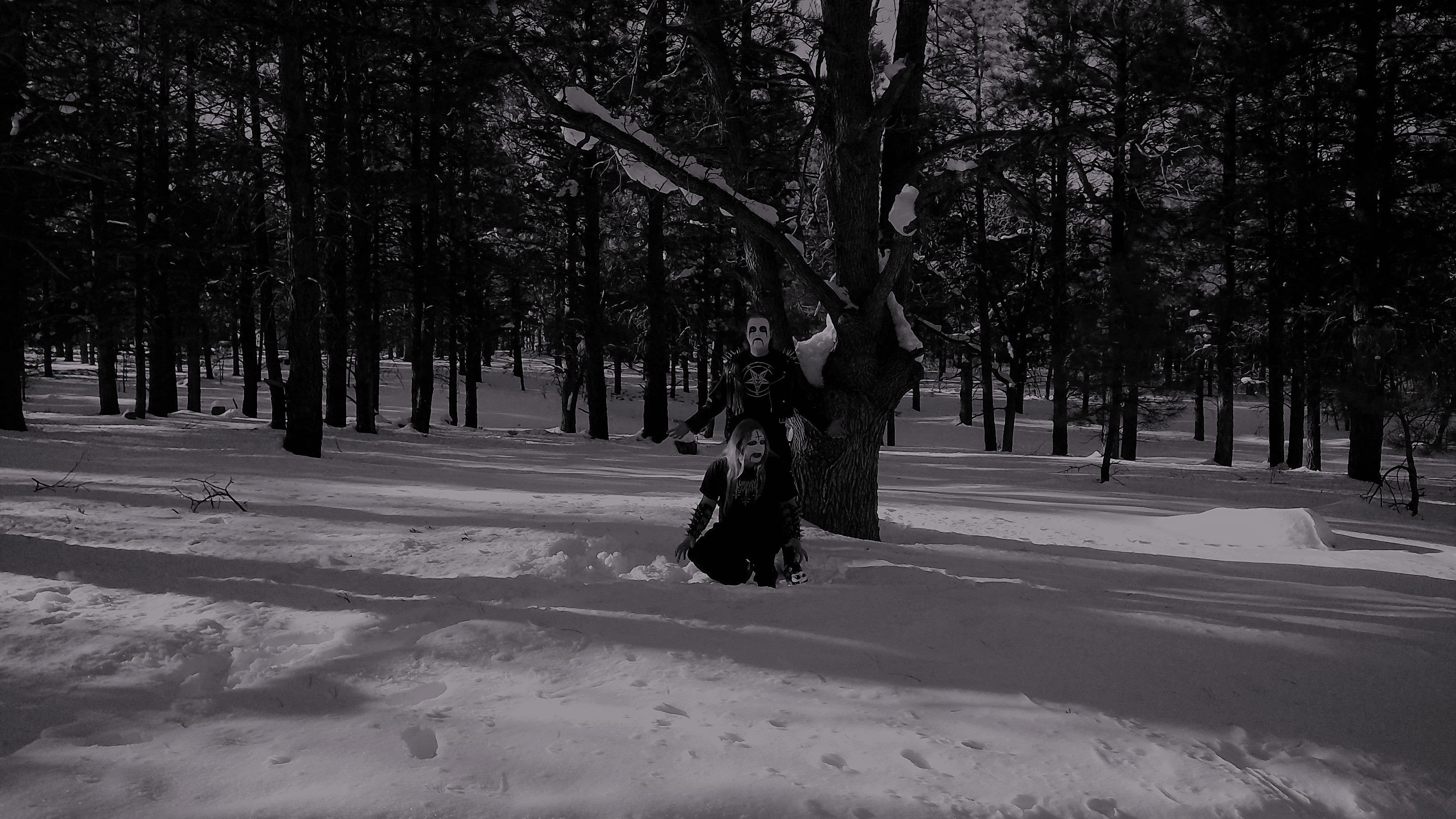